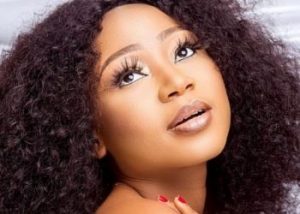 Socialite Akuapem Poloo has been handed over to the Nsawam Female Prison even though she was granted bail on Wednesday, 21 April 2021.
She is currently in custody.

Akuapem Poloo, born Rosemond Brown, was sentenced to a 90-day jail term after publishing a nude picture of hers along with her seven-year-old son on social media.

But on Wednesday, 21 April 2021, she was granted bail in the sum of GHS80,000 with two sureties, pending an appeal filed by her lawyer Andrew Vortia.

Akuapem Poloo will also be required to report to the case investigator every two weeks.

She must also deposit her passport with the court registrar.

According to the court, she can only travel with the express permission of the court.