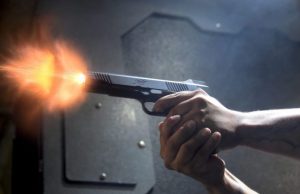 A nurse with the Bawku West District Hospital has been shot dead by armed robbers on the Bawku-Bolgatanga road in the Upper East Region Region.

This was confirmed by the Upper East Regional Public Relations Officer of the Ghana Police Service, ASP David Fianko-Okyere.

The nurse, who doubles as a musician, Ishmael Pumi Bashiru, also known as Prince Pumi, is said to have been attacked by the armed robbers at the Tilli stretch of the Bolgatanga-Bawku road.

Reports indicate that he was driving to Bolgatanga for the Sallah festivities when he met his untimely death.

He is said to have driven into an attack on other road users but tried to escape, a move that infuriated the armed robbers who shot him.

The 31-year-old was shot in the face severally and had to be rushed to the Bawku West Hospital but was later transferred to the Tamale Teaching Hospital where he passed on.

The news has left several individuals who enjoyed his music and affable personality dumbfounded as they have taken to social media to mourn.