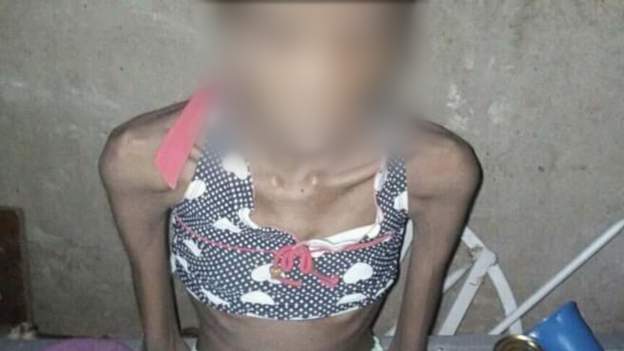 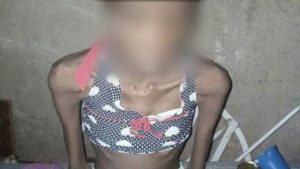 An emaciated 12-year-old girl who was kept locked in a cage for eight months by her guardians in Nigeria has been rescued by police.

Two people at the property in a suburb of the north-western city of Sokoto had been arrested during the operation on Thursday, police spokesperson Sanusi Abubakar, an assistant superintendent, said.

They had reportedly caged the girl and hardly fed her because they thought she was mentally ill.

“They kept the girl in a cage at their compound and starved her of food for eight months,” Mr Abukabar said.

“When our men broke the door of the cage, the girl was too frail to walk because she was emaciated.

“We met her in a very horrible situation,” he said about the sanitary conditions.

The girl had been taken to a specialist hospital for treatment and would then have been handed over to the agency that deals with human trafficking and other forms of enslavement, the police spokesperson said.

It is not clear how the police found out about her confinement, but usually such rescue operations follow a tip-off from neighbours.

There have been a spate of such operations over the last year – with people being rescued after being locked up for many years by their families.

It has shone a spotlight on both parental neglect and the lack of mental health provision in Africa’s most populous nation.

There are less than 300 psychiatrists in a country with a population of around 200 million.