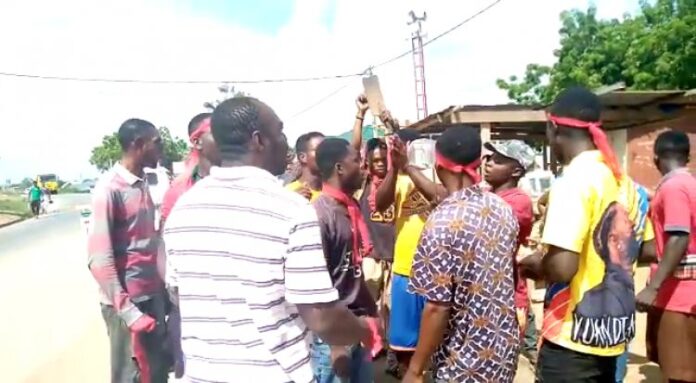 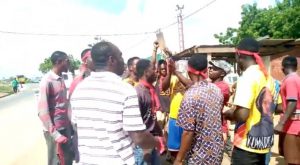 The chief of Assin Adeambra in the Assin South District of the Central Region and five land guards have been arrested by the police in the area for exhuming the remains of a five-year-old corpse of another chief buried at the Assin Adeambra Cemetery.

Prior to his arrest, residents in the area had beaten the chief in question to a pulp after discovering his actions.

The incident occurred as a result of a chieftaincy dispute that exists between two clans in the area.

The incident according to reports was influenced by some fifteen land guards who are believed to have been hired from Kasoa to cause mayhem in the Community.

Land guards and the residents exchanged gunshots injuring about 15 people who are in critical condition after sustaining gunshot wounds. They are currently receiving treatment at the Assin Fosu Government Hospital.

The incident took place over the weekend during the Chiefs Funeral.

Information gathered by Kasapa FM’s Yaw Boagyan revealed that the police were called in swiftly to take over the cemetery and stop the grave looting.

Meanwhile, the Assin Fosu Police has assured of a massive investigation into the matter.