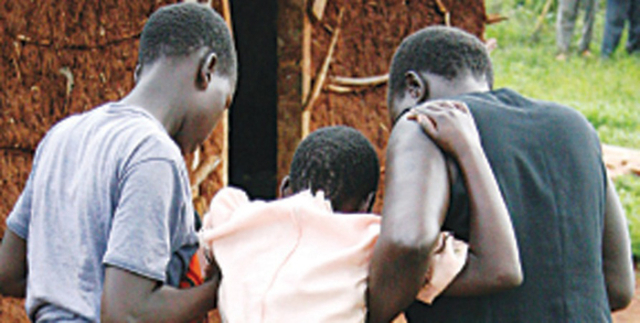 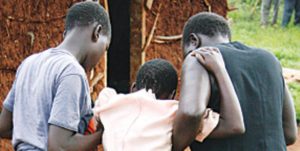 Fourteen-year-old primary four pupil of the Ajumako Essasan Methodist Basic School in the Ajumako Enyan Essiam District of the Central Region Ama Adoma [not her real name] who is a victim of defilement, is crying out over attempts to compel her to terminate her pregnancy, borne out of the act.

According to her, the Chiefs, Assembly Members, and residents in the area want her to terminate the baby in order not to “tarnish the good image of the Ajumako Essasan Community.”

Her parents who are also furious over the development said they are not ready to engage in any form of abortion.

GHOne TV had earlier reported a case involving three siblings from the area who allegedly raped and impregnated a fourteen-year-old girl in the Ajumako Essasan Community,

But Ama Adoma told Kasapa FM’s Yaw Boagyan that she was not going to allow herself to be subjected to any such acts for fear of complications and possibly death.

According to her, all her friends have abandoned her since the incident happened and she sometimes contemplates suicide.

She has, therefore, appealed to the public and the Ghana Police to intervene to arrest the perpetrators.

She also noted that other people have come to convince her to abort.

Meanwhile, the father of the victim Yaw Badu also cautioned the Chiefs and people of the community to stop forcing them to terminate his daughter’s pregnancy.

He has threatened to report the matter to the police.

Also, the mother of the Victim Ama Kunadu made an appeal to the public to assist them with funds to secure a medical report.

According to her, since the incident happened Police have given them a medical report to go to the hospital but due to financial constraints, they have not able to submit the forms to the hospital that would lead to the arrest of the suspects.

She alleged that the Chiefs and opinion leaders in the town want to make the case redundant because they know the family doesn’t have money to follow up.

So far, three suspects have gone into hiding and can’t be found anywhere in the community.