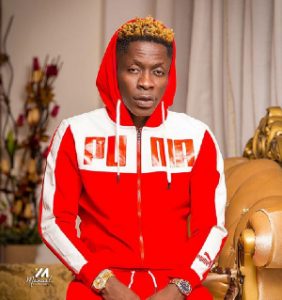 Ghanaian dancehall artiste, Charles Nii Armah Mensah Jnr, known professionally as Shatta Wale has said he will not leave his quest to develop the Arts industry unattended to till he dies.
Shatta Wale who has re-started his campaign on the need for the government to restructure the industry so that artistes can cash in on their royalties said he will fight alone, with or without the help of any others.

He called on his colleagues to rally behind him in this fight and not wait for his demise to say nice things about his work at his funeral grounds.

“When I die you will come and say nice things about me that he changed the industry for us. He made us change from one Cedi to ten thousand Dollars, “Shatta Wale said in a Facebook live video monitored by GhanaWeb.

Citing the death of former President Jerry John Rawlings as an example, Shatta Wale added that, “Rawlings dey, people said he was too harsh, his own NDC people even fought him when he was alive but they are now singing all sort of praises about him and how good he was to Ghana.”
“Don’t try that thing on me because it is not going to be like that. Some of us will take a different route to our grave and will not lie down for people to come and lie when we are dead,” Shatta Wale concluded.