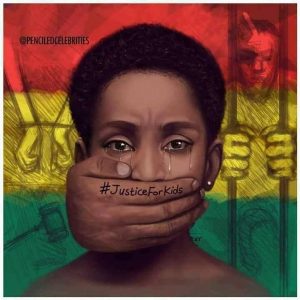 The Domestic Violence and Victims Support Unit (DOVVSU) of Kasoa Division of the Ghana Police Service on Wednesday, May 26, arrested an electrician, 53, for allegedly defiling his 10-year-old stepdaughter.

The suspect identified as Ebenezer Atuobi Asante lives at Gomoa Nyanyano in the Gomoa East District of the Central Region.

Confirming the arrest to Star Fm, the Kasoa Divisional Police DOVVSU Commander, DSP Doris Laryea Aggrey said the victim was staying alone with the suspect after his wife had travelled for a funeral.

The suspect took undue advantage of the absence to sexually abuse the victim.

DSP Laryea explained further that, the victim confided in the Proprietor of her school about the ordeal at the hands of her stepfather.

A formal complaint was lodged at the Kasoa Police station hence the arrest of the suspect.

She said the medical form issued has been duly endorsed by a medical doctor who has confirmed that the victim has been sexually abused as the hymen has broken with lacerations in her v@gina.

DSP Laryea said the child is well but was going through clinical counselling. The Suspect is in the Kasoa Police Custody assisting with the investigation.

According to the report, the victim can’t walk due to her situation and blood is oozing from her v@gina.