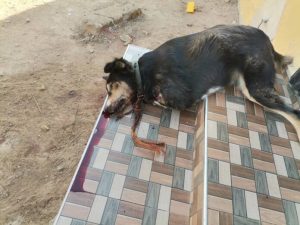 A Fetish Priest has incurred the wrath of his community and the youth of Awutu Bereku who have threatened to deal with him for gunning down dogs in the town.

Over 100 dogs have been shot to death at Awutu Akrampa Estate without a reason yet.

Some residents told Kasapa News’ Yaw Boagyan it is taboo to own a pet dog on Awutu land claiming it is the cause of all the calamity in the community.

However, residents explained to Boagyan that their dogs have become their security due to continuous robbery in the area. 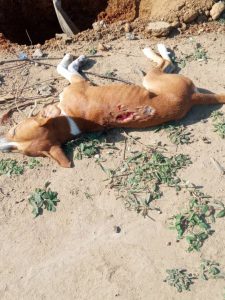 Narrating the incident to Kasapa FM’s Boagyan, residents said the fetish priest accompanied by some men stormed their houses with guns, cutlasses, and sticks killing their dogs claiming that it is an abomination to bring dogs to their town and the gods were against it.

Nai Raham thus called on the affected persons to calm down and pledge to have a dialogue with them over the incident.