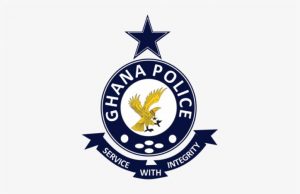 Police have arrested one Iwejuo Anthony alias Chibona, who together with others attacked and robbed Pacific Filling Station at Krokowhe near Ashalaja in the Greater Accra region.

Police sources indicate the incident occurred at the dawn of 5th June 2021.

The suspects assaulted and tied fuel attendants; broke into the metallic safe of the filling station and stole an unspecified amount of money, a laptop, and other items.

However, with security interventions laid by the station owner, coupled with his bravery and support of neighbours, the suspect was arrested.

Some of the items stolen and a heavy pointed metal bar were retrieved from the suspect with efforts underway to arrest his accomplices.

Meanwhile, the Police have appealed to the public to make personal security a priority as was done by the owner of the Krokrohwe Pacific Filling Station, leading to the arrest of the suspect.