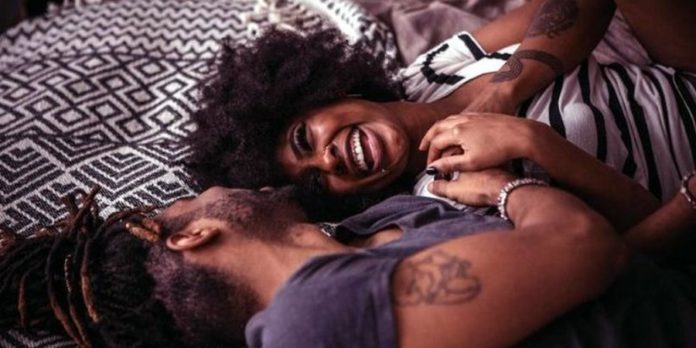 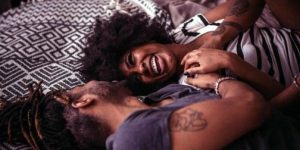 We were on our fourth year of dating when one night she called to tell me she was not feeling well. I told her to get some drugs and sleep it off.

“Tomorrow you’ll be fine, just have some rest,” I said.
called again. “What are you doing?” I said I was about to sleep. “Can you come around and take me to the hospital, I’m still having severe pains.”

I looked at the time and told her, “It’s 11 pm, driving from here to your place is quite a distance, if you have to go to the hospital, why don’t you get a taxi?” I didn’t finish talking when she cut the line.

I tried calling again and she didn’t pick. She had been my girlfriend for four years and I knew what she could do to get me to visit her, especially on Friday night like that night was. She had done it to me on several occasions, using different tactics only for me to get there, and tells me, “I’d wanted to to see you.”

So when she didn’t pick my calls again, I laid myself down and slept. The next morning I called her phone and her mother picked. She said, “She was brought to the hospital last night and got admitted.”

The next hour or so, I was at the hospital. She was so angry she didn’t look at my face once. I said I was sorry; “I didn’t know it was this serious. You know I would have come running if I knew this was the case.” She didn’t say a word.

She just turned to her other side, facing away from me. She spent three days at the hospital. I went there each day and each day, she refused to talk to me.

The day she was discharged, I was there to take her home and she refused to sit in my car. Right in front of me, she called a taxi, sat in with her mother and the taxi drove away.

The next day she sent a message telling me it was over. She said, “It’s obvious you don’t care about me.

All you think about is yourself. I could have died just because of your carelessness.” I spent a whole month apologizing to her but she was resolute.

Nothing I said could change her mind. This is a woman I’d dated for four years. We’ve been through a lot together and had fought serious fight than this but through it all, we always coiled back together, restarting the love we’ve always had.

We broke up but didn’t stop talking. Occasionally, I would reach up to her and ask how she was doing and all. When I posted something on social media, she would comment or share or react. We bumped into each other quite a few times.

Two years after our breakup, we both met at a friend’s wedding. Immediately she saw me, she came to sit next to me and we talked throughout the wedding. I joked, “This should have been us if you didn’t walk away.” She said, “Don’t say I walked away.

Say what you did that made me walk away.” And then the whole conversation shifted to our dating days.

I told her I haven’t healed since she left. She told me it took her several months to completely move on. I told her I’ve dated two women after her and it didn’t work out. She said she was in her second relationship after me.

I said, “We are meant for each other. Why don’t we come back together?” She said, “Let’s see what happens if only you can be a good boy. I’m watching you.”

She didn’t accept for us to be together but she gave me hope and I wanted to rely on that hope to get back to her.

On her birthday, I celebrated it as though we were back together. I took her out and sent her gifts. I wrote a beautiful message for her and she was so pleased with all my gestures.

I tried to be as close as I could be and tried to offer a helping hand whenever she needed it. So she will call me one day and ask, “I need this and that, can you get it for me?” I will stop whatever I’m doing and go get it for her.

“I would be going to this place tomorrow, would you be able to drive me there?” I would forgo everything I was doing and drive her there.

I was amending my previous mistakes. I was doing everything for her to know that I was a better person than I used to be.

Then one day she took me to a new place she said she had rented. I inspected the place with her—a two-bedroom house with a large compound.

She had to repaint the place and do some repair works. She left those work in my care. I hired carpenters to fix the wooden works and hired painters to repaint the whole place. All she did was to go around and inspect the progress of work.

When All was said and done, I took one of our office pickups and help transport all her belongings there. And even helped to arrange her stuff in the room. I was amending my past mistakes so I can be given a second chance.

One month later, she posted her wedding invitation on her status. Not too long afterward, her pre-wedding photo shoot followed. I thought I wasn’t seeing well.

“Or she’s joking?” I called her, “Are you serious about what you just posted?” She answered, “How can someone joke with something like that? It’s happening live.”

The mischief in her voice when she said “It is happening live” made me feel uneasy. I asked, “So how come I didn’t know of it? How come you didn’t tell me until I saw it on your status?” She sensed my anger and asked, “Why are you getting angry? Ain’t you supposed to be happy for me?”

There I was, raising my hopes up. Thinking I was doing everything within my power to get the girl I love back.

Not knowing, I was rather aiding her to get married to another man who was living and working outside the country. The date came. They got married and moved to the house I helped pay for the renovation. Talk about getting played in your own court.