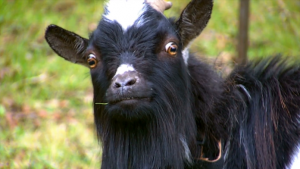 A man, who was sexually abused when he was just seven years old, has recounted how the act has taken a toll on his sexual and adult life.

Enoch said his sexual appetite spiraled out of control to a point that he even engaged in bestiality. Sharing his story on Joy FM’s Super Morning Show Friday, he said his abuser, who was then a Junior High School pupil, took advantage of him for years and that had a “terrible” effect on his mental health.

“I can’t recall how long the act took place but it went on for a long time and it turned me into something else during my teenage years.

Enoch said although he is still trying to get a grip on his life, it has not been easy dealing with the ravaging effects of the sexual abuse he experienced decades ago.

Another caller, Emmanuel said he has never experienced sexual abuse from an elderly woman, but for him, it’s time for employers of housekeepers to relax the rules.

In his view, the tight restriction rather breeds the heinous acts which leave many young children scarred for the rest of their lives.

“Sometimes when we get domestic workers at home, we tend to forget that they are also human beings who have certain feelings. You keep a 20 or 25 year-old girl at home and ask them not to go out or do anything that youthful people do apart from your dedicated service at home.

“So naturally, when those things [feelings] begin to knock on their doors. They can’t find anywhere to go than the poor little boy in the house. So I think that as much as we want them to be very serviceable to us, we must relax some of the restrictions.”

Abuse of young boys have been going on for a very long time. Almost all my male friends and colleagues have had an experience with an older house-help or neighbour. #JoySMS