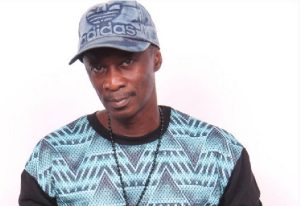 Ghanaian highlife musician, Naa Agyeman, has made an interesting statement about his sexual life.

He revealed in an interview that he has not touched any woman for about five years now. The ‘Aunty Araba’ hitmaker said people who are close to him would attest to his claim.

He indicated that he is not married and he has been able to stay for five years without having s3xual intercourse with any woman.

He further mentioned God as his witness.

Interestingly, the veteran musician said it will be difficult for women who come his way to leave.

He added that he is not into womanising because he doesn’t want to disappoint them.

Looking at the period that he has not engaged in any s3xual activity, he admitted that he can be a ‘Roman Father’.