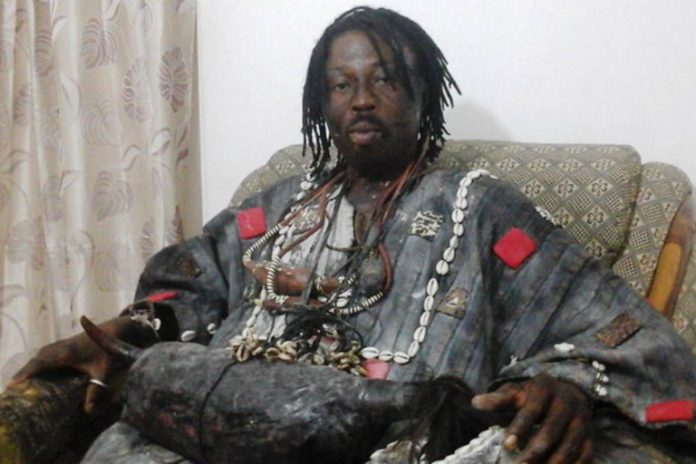 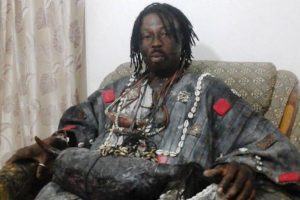 Ghanaian fetish priest, Nana Kwaku Bonsam, has disclosed that he has a total of 4,932 pastors under his power.

He said these pastors are not only from Ghana but spread all over the world and they come to him from different countries.

Bonsam indicated that the pastors come to him for fortification as well as supernatural powers to operate their churches.

The popular fetish priest made the comment while reacting to the decision by a colleague to convert to Christianity.

Nana Agradaa has abandoned idol worship and is now a Christian.

Kwaku Bonsam was asked if he would accept an invitation from Agradaa to join her in Christianity.

He firmly rejected that and said it would not happen because he controls most pastors and knows what goes on in there.

“Why will I deceive myself and go and do ‘hiribabahribaba’ when I am the one controlling 4,932 pastors, that is laughable,” Kwaku Bonsam responded.