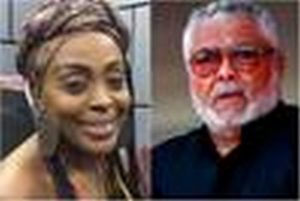 Veteran highlife musician, Akosua Agyapong, has revealed she regrets ignoring advice from the late ex-President Jerry Rawlings which could have changed her career for good.

According to her, Mr Rawlings wanted her to organise a highlife concert annually to revive the genre and also sustain her own legacy.
However, the singer-cum-dancer said it was her plan to hold the event every five years, hence did not take the late Statesman’s advice with the seriousness it deserved.

“I regret it so much because it couldn’t even come on and it was postponed to 2021. Sadly, he couldn’t enjoy the music he loved and died on November 12,” she added sadly.