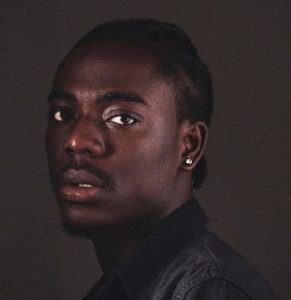 Member of the Ground Up creative house, Twitch 4eva, has taken a humble stance on his ‘Lost’ EP.
He states, he is still experimenting with his sounds and has not perfected it yet.

The four-solo-track EP which was released late last year has been embraced by many music lovers.

Meanwhile, Twitch 4eva speaking on this EP told Y 102.5 FM’s NYDJ on the ‘Ryse N Shyne’ show: “I am still experimenting and trying to find myself. So far I have learnt a lot of things and combined them together. It’s like a journey and I feel that I am growing and I am grateful people accepted the groove when I dropped the tape.

He was appreciative of the fact that people accepted his sound and music.
“At first I was skeptical about how people will accept the sound. But I dropped the tape and the response has been great so far. People really love the journey and they love to see it”, he added.

Twitch has revealed that his next EP may have some semblance to the sound of the ‘Lost’ EP. “Maybe the next one will be a bit different but will almost be the same sound as the ‘Lost’ EP. Content-wise and the melodies will be changed a bit but it’ll be similar sound”, he said.