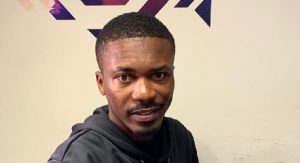 Ghanaian comedian, Clemento Suarez has given a piece of advice to Guru. The ‘Lapaz Toyota’ composer explained in an interview with ZionFelix that Kuami’s loose talk has portrayed his mother as a prostitute.

According to him, his statement that about eight (8) men have claimed to his biological father has created such an impression about his mother.

After a snippet of Guru’s assertion was posted on Instagram, Clemento commented on Zionfelix’s post that he should cease-fire. “Yo yo to Guru it’s enough man,” Clemento Suarez replied.

However, Guru was resolute that Kuami Eugene’s loose talk is causing him a lot.