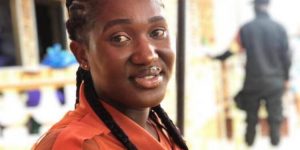 A female Police constable has allegedly been stabbed to death by her boyfriend in Damango in the Savannah Region.

Police sources suspect she was stabbed to death by her boyfriend who had come over to visit her during the weekend.

The Ghana Police Service is currently on a manhunt for the young man who has been named the prime suspect.

A short statement from Police imvestigators from the area conforming the incident reads in part “It is suspected she was stabbed to death this night in her room in a rented apartment in Damongo. This heinous crime is suspected to be committed by her boyfriend from Obuasi who visited her”.