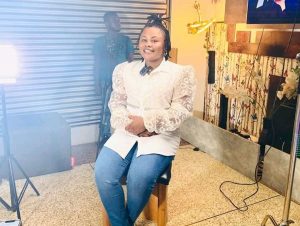 Anita Afriyie has revealed that Joyce Blessing is not on speaking terms with her.

The ‘Adehye Mogya’ composer made this disclosure during an interview with ZionFelix. She explained that Miss Blessing stopped talking to her after she commented on her supposed accident.

She said at the time that the accident was fake and she will continue to condemn such an attitude. She stressed that most Ghanaian gospel musicians do not like her because of her truthfulness.

She further advised them to stop such fake lives. She added that they became famous because of the grace of God and said she doesn’t care if people hate her for saying the truth.