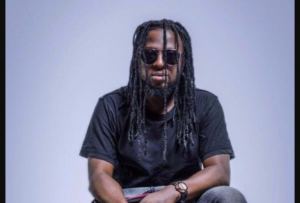 Highlife singer and songwriter, Dennis Nana Dwamena, popular known as KiDi, has said that it will take the intervention of God for him to feature Guru.

Speaking about the possibility of featuring on a song with Guru on the Kastle Drive show, KiDi said he’ll only do a song with Guru if they’re spiritually connected and also if they have no dislike or animosity towards each other. “Oh hmm this question you’ve asked about doing a song with Guru isn’t easy. You see as for doing a callobo with another artiste it is about allowing God to touch your heart to help the person,” he remarked. He added: “Music is about vibe and aura. If I’m in a studio with another artiste doing a song at least the two of us should click. Music is very spiritual so before we collabo we must like each other. If we don’t like each other and we enter a studio to record a song there won’t be blessings following the song,” KiDi told the host.

“So I will pray that if the opportunity comes that one day I will enter into a studio with Guru to record a song then so be it. If in the long run it doesn’t happen too then life moves on,” he concluded.