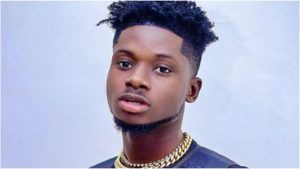 According to Oduma, after the release of the audio and video of his ‘Show Body’ song on July 17 and September 5, 2020 respectively in Nigeria, Kuami Eugene dropped what he calls the duplication of his original work ‘Show Body’ on October 9, 2020 without his consent.

Comparing both songs, they share the same title ‘Show Body’.

The artiste sang in English Language and shifted to his Nigerian Easa Language at selected points in the music video.

Kuami also sung in English Language and shifted to his Twi Language at the same points in his video.

Oduma added that he was getting a lot of views on YouTube with potential financial benefits but all that ceased when the Kuami duplicated his “Show Body” music video and caused same to be publicly posted on YouTube on 9th October, 2020.

Praying the Accra High Court of his Copyright right and economic infringement, he is however requesting GHc 120,000 for damages for the costs of his video production, sound engineering, mixing, and promotion of the songs.