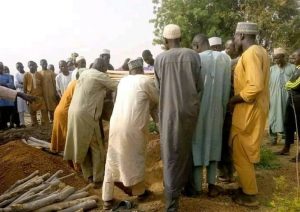 According to reports, the unidentified men attempted to s3xually assault the newly wedded woman, but her husband was not having it.

Rather, he presented himself as a ‘sacrificial lamb’ to protect his wife, putting up a fight with the intruders.

It is reported he was killed in the process.

Meanwhile, in accordance with Islamic rites, the deceased is being buried today, March 16.

Photos of burial below: 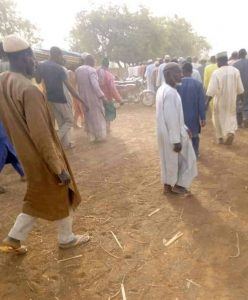