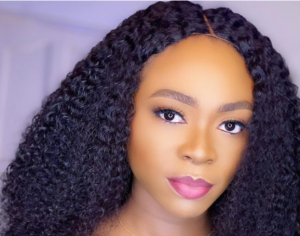 Sometimes the things I hear I want people to tell me more. For you to have courage to talk about something so sensitive and sexual… the person who told you was the person there?

You have to know where to focus your energy… That is the ‘beef beef’ we are talking about. It will come back to herself, she said on UTV.