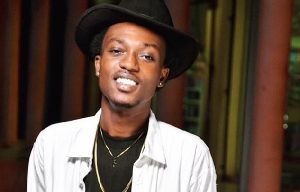 Ghanaian rap jewel, Dadie Opanka says his aim for doing music for the past 10 years has been achieved to the highest level which to him, brings joy and satisfaction to his soul. According to him, his music chronicles changed the perception that secular music can’t motivate, win souls, and add value to the standard of living.

Speaking on the ‘Best Entertainment Show’ hosted by Halifax Ansah-Addo on Okay 101.7 FM last Friday, January 22, 2021, Opanka indicated that, his songs over the years have saved many souls than several gospel musics.

“I will be honest, for the past 10 to 11 years I started doing music, I haven’t achieved 100 percent of my target but I have achieved some percentage of it because doing music, I wanted to inspire people, I wanted to be able to touch people. My aim was to change the perception that, secular music is not good for listening, and I know people are going through a lot so sometimes I want to do songs to motivate and inspire people.

“I saved a life, someone who wanted to commit suicide heard my ‘Hold on’ song and didn’t commit suicide again. With that, I have achieved part of the goal, and saving that one life is everything. I even got to know that particular one because the person contacted me so I believe there are many I have also saved through my songs which they haven’t been able to contact me” he said.

The sensational rapper is out with a new Extended Play (EP) titled ‘Elevation’. He featured some top artistes on the EP which includes award-winning Reggae and Dancehall artiste Shatta Wale, songwriter Kofi Kinaata and rising music sensation Bosom P-Yung. The five-track EP is a suspenseful sound package which music lovers can relate to in their daily lives.

Speaking about the EP, he said all the 5 songs on the EP relate to challenges one goes through in life which he seeks to elevate their spirits with some motivational lyrical vibes.

Opanka ends the EP with ‘Deliver me’ as he seeks respite from the challenges in life.