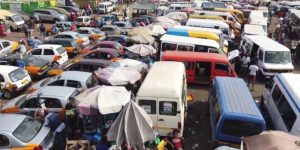 The expected fares increment was announced by Members of the National Drivers Association of Ghana. According to the Association, the decision was informed by the increment of some taxes at the Driver and Vehicle Licensing Authority (DVLA) and the ports.

“Due to the rapid increase of these services, we are calling on all Ghanaians to comply with the introduction of the new fare coming Monday.”

“We also ask all drivers to ensure passengers put on nose masks before they enter in their vehicles, together we can conquer COVID-19,” read parts of the statement issued by the Association on Monday, February 15.