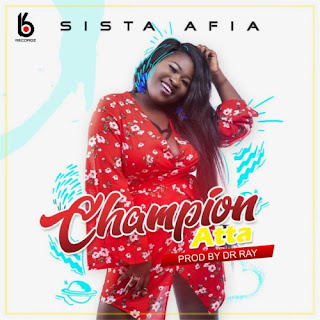 here is the audio for Sista Afias new song titled Champion Atta, which has just been released.
In Champion Atta, Sista Afia talks about how tough it is for some guys to be real to women, rather say all sort of things to them just to win their hearts.
The song was produced by Dr Ray, and was co-written with Baafour
Sista Afia – Champion Atta [Download]