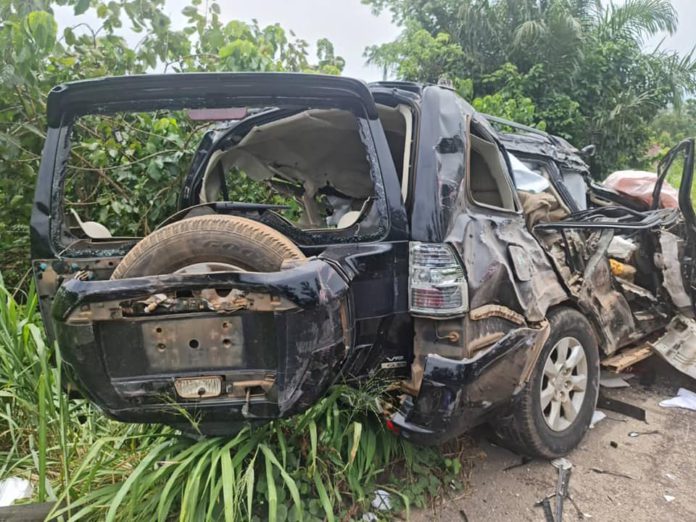 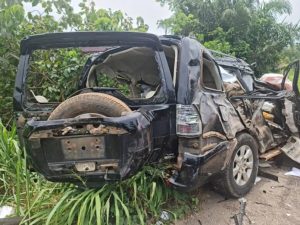 A driver of a Yutong bus who made a wrong overtaking has led to the death of a 45-year-old man and a 12-year-old girl at Akim Asafo near Suhum in the Eastern region.

A police report said on April 26, 2021 at about 1930 hours, the driver Francis Ali, aged 30 was driving a Yutong Bus with registration number GE 5124-19 with passengers on board from Accra to Bawku. 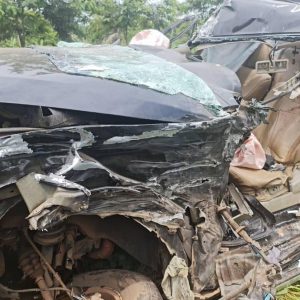 On reaching a section of the road at the outskirts of Akim Asafo near Suhum on the Accra -Kumasi highway, he made a wrong overtaking without observing traffic from the opposite direction, leading to the accident.

In the process, the driver crashed head-on with a Mitsubishi Pajero 4×4 private car with registration number GE 1201-18 which belongs to a popular communicator of the New Patriotic Party (NPP), Yaw Adomako Berfi. 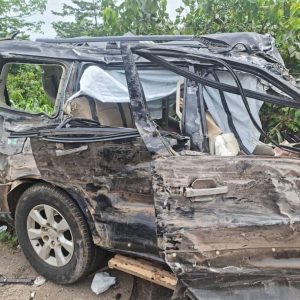 He said the Mitsubishi Pajero driver, now deceased, was aged about 45 and a young girl aged about 12, died on the spot.

May be an image of outdoors
He said another victim, Yaa Pokua aged 35, sustained injuries and was rushed to the Suhum Government Hospital and admitted for treatment.

Meanwhile, the bodies have been removed from the scene and sent to the Suhum Government Hospital mortuary for preservation, identification, and autopsy.

Sgt Gomado added that the accident vehicles had been removed from the road to allow for free flow of traffic. 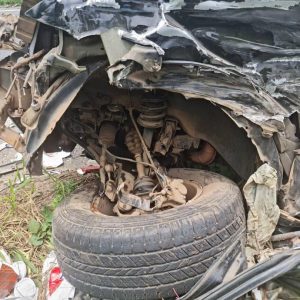 A shocked Adomako Baafi said he could have been a victim of the accident.
“I told the driver to take the lead after I suffered severe headache. I’m grateful to God” he said on Adom FM.