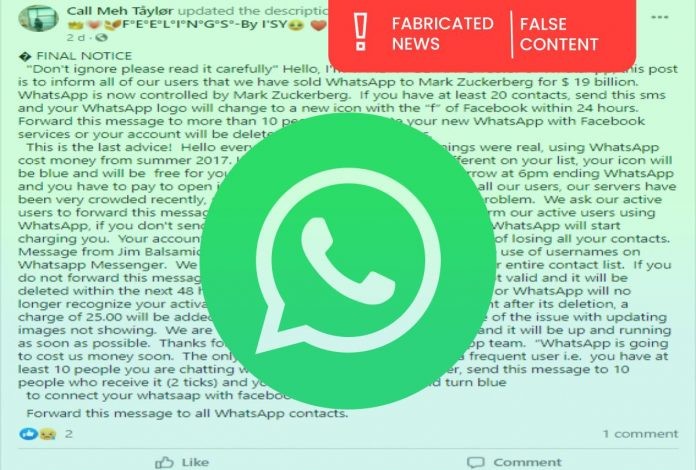 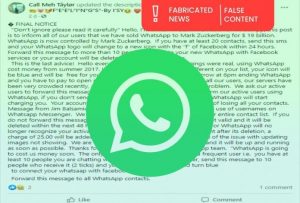 A viral message on social media claiming to be from Varun Pulyani ‘director of WhatsApp’ urges users to forward the particular message to keep WhatsApp free of cost. 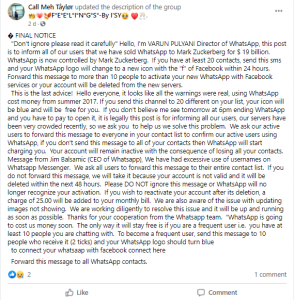 The message, that begins by explaining that WhatsApp is sold to social media giant Facebook, claims that WhatsApp icon will change to ‘f’, denoting Facebook.

“Forward this message to more than 10 people to activate your new WhatsApp with Facebook services or your account will be deleted from the new servers,” the post claims.

Currently, WhatsApp owned by Facebook is free to use and has over two billion active users worldwide.

The over 400-word long message further mentions Jim Balsamic as the “CEO of WhatsApp” and states, if the message is not forwarded “a charge of 25.00 will be added to your monthly bill.”

The message is also being shared in various foreign languages including Persian, French, and Swahili on Facebook. 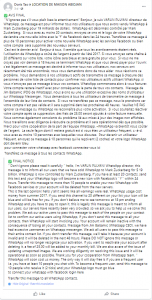 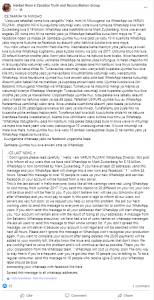 Twitter users also posted the first few lines of the viral claim and tagged WhatsApp asking if the message holds any water.

✅ FINAL NOTICE
"Don't ignore please read it carefully" Hello, I'm VARUN PULYANI Director of WhatsApp, this post is to inform all of our users that we have sold WhatsApp to MarkZuckerberg for $ 19 billion. Please this message is warning us to be connected off watsap any help?

@WhatsApp hello kindly confirm if the message from Varun Pulyani is real, its been forwarded to so many people again and I fear it may be fake news

Factcheck/Verification
A keyword search for ‘Varun Pulyani’ on Facebook showed results for posts from as early as 2014. 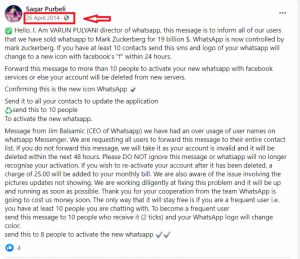 Screenshot of a search result on Crowd Tangle

In our investigation, we found the claim has resurfaced after Facebook and the company-owned Instagram and WhatsApp faced a six-hour-long outage on October 4.

A google search for ‘Varun Pulyani WhatsApp’ did not show any result that confirms the identity of Pulyani or his association with the messaging app.

Our research on Jim Balsamic -the second name mentioned in the claim, showed results for Facebook posts from 2012.

WhatsApp had clarified the message as a hoax in its blog post back in 2012 but the claim has been attached to another unsubstantiated claim of a man called Pulyani and has been viral for almost a decade. 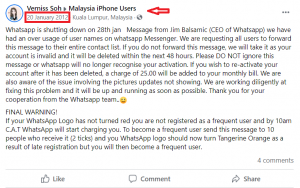 Screenshot of the Whatsapp’s response to the claim in 2012

Conclusion:
The message is fabricated. WhatsApp did not make any announcement on charging the application. The claim that has been viral multiple times since 2014 is false. 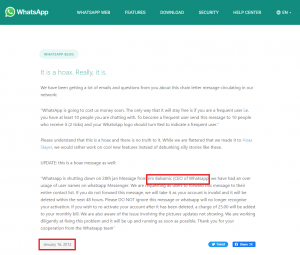