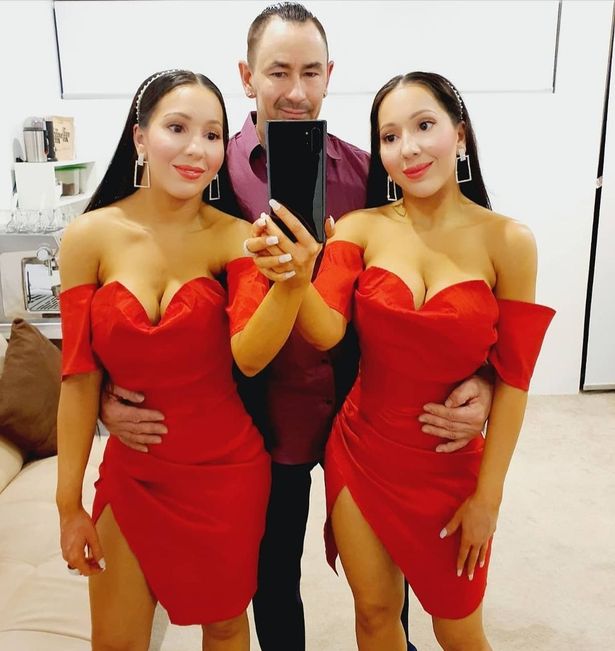 Two sisters dubbed the ‘world’s most identical twins’ have revealed they share the same boyfriend and need to do everything as a pair – even going to the bathroom.

Anna and Lucy DeCinque claim to have “separation anxiety” which has left them all but joined at the hip.
The 35-year-old siblings split everything between them, from their 37-year-old electrician boyfriend Ben Byrne to clothes and a huge double bed which all three of them sleep on together.

The duo, who are starring in a new TLC show called Extreme Sisters, even shower and go to the toilet together.

In the future, they want to both get pregnant from the same man at the same time, the Daily Star reports.

And the sisters say they refuse to associate with people who criticise their lifestyle.

“You name it and we do it. We’re never apart. I don’t think we’d function without each other. We have separation anxiety. We’re bound to each other.” 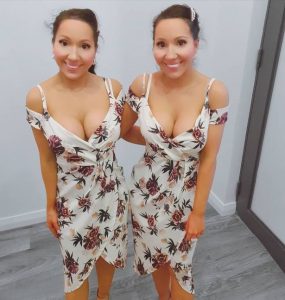 Lucy added: “We think of each other as one person. We can never be apart.”
As luck would have it, the twins’ boyfriend Ben is very understanding about the arrangement.

Lucy explained: “Ben understands our bond and doesn’t judge us. That’s how it’s been from Day 1. There’s never been any jealousy.

“I don’t know how we had separate boyfriends. People can judge us how they like — this is how it works for us.”

This isn’t the only time the twins have spoken about their unconventional lifestyle.

Previously, Lucy said: “We’re with each other 24/7, me and my sister; it’s just easier to share a boyfriend because we’re always together.

“It’s not really weird to us. We have one boyfriend and all three of us share the same bed.

“For guys, in their hearts and dreams, they want two girlfriends.”