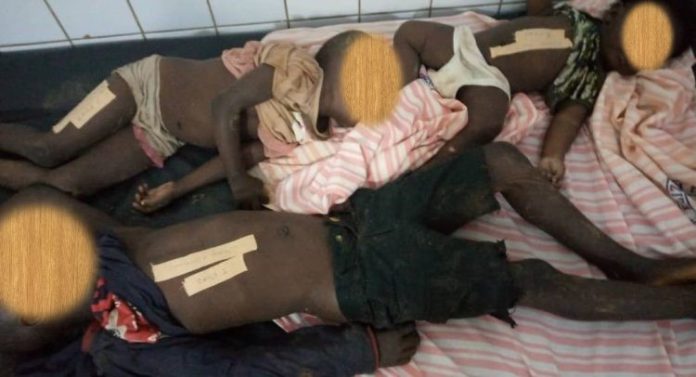 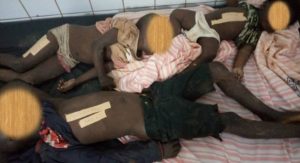 Seven persons, including four adults and three children, have died from electric shock at Amanfrom, a farming community near Hwidiem in Asutifi South District of the Ahafo Region.

The unfortunate incident occurred over the weekend when a thunderstorm struck down pylons in the community leaving live wires in the open.

The deceased were said to have unknowingly touched their iron gate which was charged by electricity from the live wires while others stepped on it in their bid to seek refuge from the storm.

Their bodies have since been deposited at the St Elizabeth’s Hospital, Hwidiem for preservation awaiting autopsy according to the Asutifi South Police report.

According to a police report, the disaster, which struck at about 6:pm on Friday, has left the community in a mourning state.

The report explained that rain clouds gathered in the early hours of Friday evening and turned into slight winds and eventually a thunderstorm that ripped off the roofing of some buildings in the community.

The report further stated that the thunderstorm further brought down pylons in the community leaving live wires on iron gates of some buildings while some fell on the ground.

The deceased in an attempt to seek refuge at a nearby house amidst the storm were electrocuted as they tried to open the gate which was electrified.

Others stepped on life wire in run-off (floods) and also got electrocuted.
They were rushed to the St Elizabeth’s Hospital where five were pronounced dead on arrival while two others died on admission.

Three other infants who seriously got injured are still receiving medical attention at the same hospital.

Property, including roofing of buildings running into thousands of Ghana cedis, were destroyed by the thunderstorm.

The Ahafo Regional Minister, George Yaw Boakye, has since visited the hospital and homes of the bereaved families to commiserate with them.

He promised to assist in the payment of the hospital bills, burial ceremony and care of the children of the deceased.