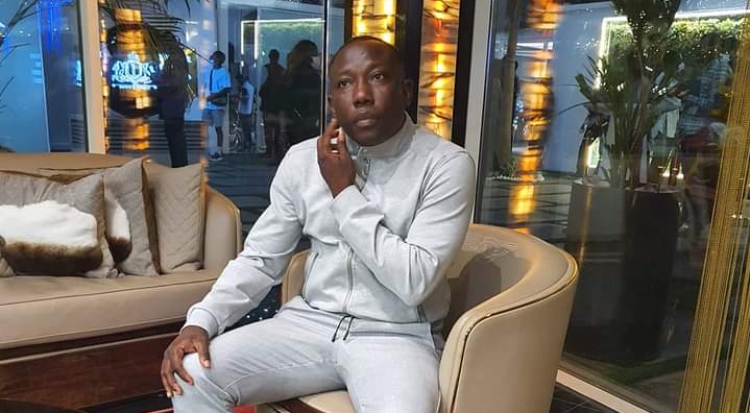 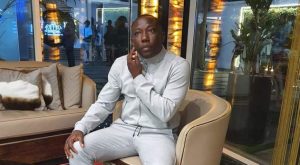 President of Division One League side New Edubiase United FC, Abdul Salam Yakubu has painfully expressed his readiness to sell the club to buyers at a very low price.

According to Abdul Salam, who’s the bankroller of the club stated in a facebook post on Sunday evening that he has decided to quit football management because of the current administration of the Ghana Football Association.

New Edubiase United FC was founded a decade ago, gained promotion to the Ghanaian top-flight league in 2010 but has been struggling for a return after they were relegated in 2014. 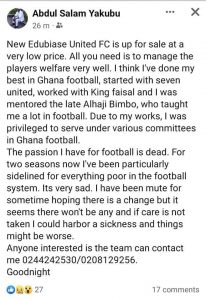