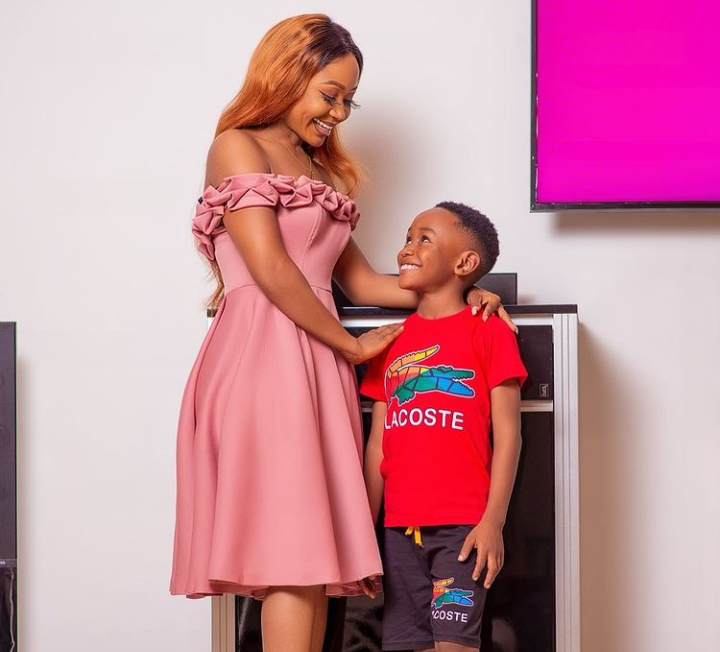 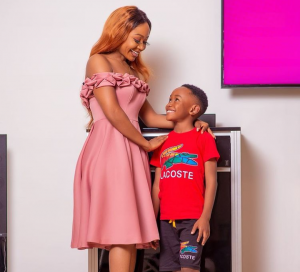 Controversial actress Akuapem Poloo has broken the internet with another photo with her son after the first led to a web of troubles.

Unlike the nude photo she posted to celebrate herself and son, the actress, born Rosemond Brown, has learnt her lesson as her latest photo captured them fully and neatly dressed.

The photo she posted on social media saw her in the arms of her son as they stare at each other’s eyes.

In a long caption she wrote, Poloo disclosed she had a rough pregnancy journey and everything she had laboured for razed down in a fire incident.

With only four dresses left of her property; one for church, another for rounds and the last two for hospital visits, Poloo said she strived to provide for herself and her unborn baby.

“All that I went through during my pregnancy time I didn’t think of abortion because I knew God gave you to me (LET’S SAY NO TO ABORTION). Son looking into your eyes gives me joy💋💋💋I have no regrets having you as my son🙌 I’m rather blessed to have you yes 🙏🙌 since you came into my life it’s been blessings upon blessings. I LOVE YOU,” she wrote.