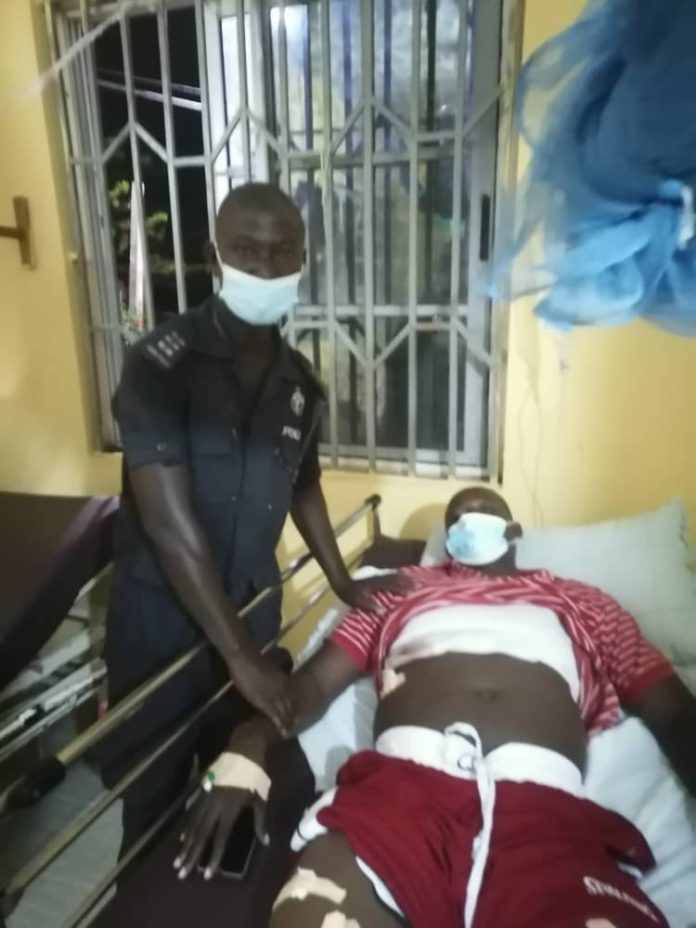 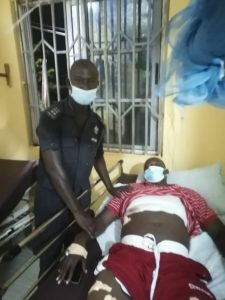 The officer identified as G/SGT Akoka Thomas is said to be on escort duty at Kotosaa near Juaboso when he was shot by the robbers. 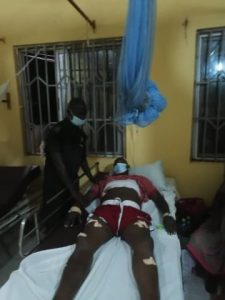 According to a police statement, G/SGT Akoka Thomas sustained eight gunshot wounds on different parts of his body before he was left to die.

He was rescued by a re-enforcement team from the District Headquarters upon his distress call.

G/SGT Akoka Thomas was rushed to the St John of God Hospital where he is currently undergoing treatment.

Some colleagues have thronged the hospital to ensure proper welfare for the injured.