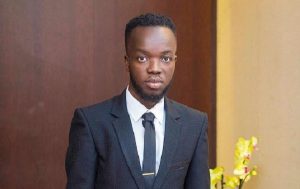 Ghanaian singer and songwriter, Akwaboah is of the view that her colleague Cecilia Marfo who is now a prophetess should be circumspect in the delivery of her prophecies. Speaking in an interview with MzGee on Simply Showbiz in the wake of what ensued between Cecilia Marfo and Joyce Blessing, Akwaboah said Cecilia Marfo should have exercised decorum instead of creating a scene.

“When God called her, I wasn’t around so I can’t say I don’t believe in everything that she says. At the end of the day, we will know who was a Christian, a true prophet among others as the Bible says. I can never say I doubt what she said but my point is, she should have communicated it well,” he said.

A video of Cecilia Marfo and gospel musician Joyce Blessing has been in circulation since Saturday. In the said video, Cecilia Marfo stormed the stage and interrupted the performance of Joyce Blessing by snatching the microphone from her and ordering her to rescue her marriage. “My daughter, if you will listen to me, go back and take your marriage. I called you with love and so you should know the life you have is not yours. I’ve made you a queen so listen to me and go back to your husband. I’ve sent you already; lady, go and take your husband, my spirit is using you,” Cecilia Marfo said.

The incident said to have occurred at the Unity Group of Companies Annual Thanksgiving Service, has engendered controversy as a section of the public share their views on the subject.