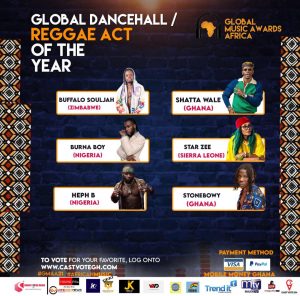 GLOBAL MUSIC AWARDS AFRICA 21-“WHO WILL BE CROWNED AS THE DANCEHAll KING OF AFRICA?”
Nigerian music sensation Burna Boy is set to renew his rivalry with Ghana’s “dancehall king” Shatta Wale when they clash at the Global Music Awards-AFRICA slated for later this year.

The pair, who have been at loggerheads recently after Shatta Wale claimed he helped the Grammy nominated Burna Boy a few months ago when he visited Ghana – comments Burna Boy found disrespectful.

It remains to be seen what will transpire between the two heavyweights as they’re both nominated in the Global Music Awards-AFRICA Reggae/dancehall artiste of the year category alongside Stonebowy, Buffalo Souljah and Heph B.

Shatta Wale has also had a long time beef with BHIM Nation president Stonebwoy for reasons only known to the pair.

With the two musicians battling it out for Africa’s dancehall crown at the upcoming Global Music Awards-AFRICA, only time will tell whether a win for Stonebwoy will renew the beef or a win do Burna Boy to show shatta how he drill for it.

Again, the question still stands “WHO IS THE REGGAE/DANCEHALL KING IN AFRICA?” Global Music Awards will determine it.

See some photos below; 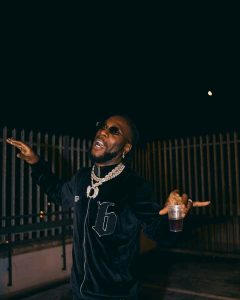 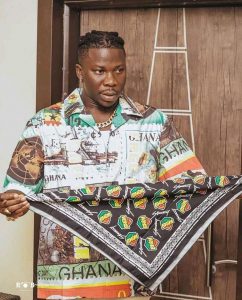 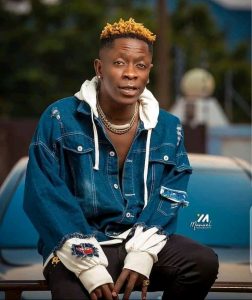