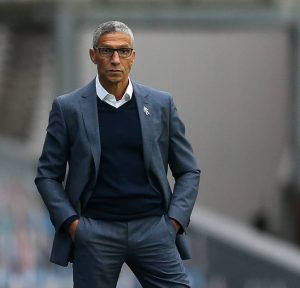 Chris Hughton (63) is the next @GhanaBlackstars head coach and will be assisted by Otto Addo and Ibrahim Tanko.

The race was between Hughton and Otto Addo.
Pictures of him and Nana Akuffo Addo at the Presidency circulated from yesterday, pointing to where his backing coming from.

He is supposed to go to England but his return tomorrow has been postponed until he finalises the deal.

Hughton has assisted and managed numerous clubs in the English Premier League and the Championship.

Official announcement set for next week.