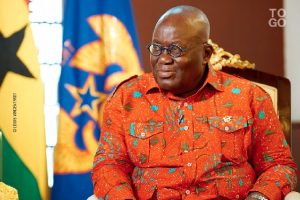 President Nana Addo Dankwa Akufo-Addo, on Wednesday, submitted to the Speaker, Alban Sumana Kingsford Bagbin, the names of his deputy ministerial nominees for Parliament’s prior approval.

Also appointed is Charles Adu-Boahen as a Minister of State at the Ministry of Finance who served in President Akufo-Addo’s first term.

President Akufo-Addo said he “is hopeful that, just as was done for his Ministers, Parliament will, on a bi-partisan basis, expedite the approval of his Deputy Ministerial nominees, so they can join the government forthwith, and assist in the delivery of his mandate for his second term in office.” 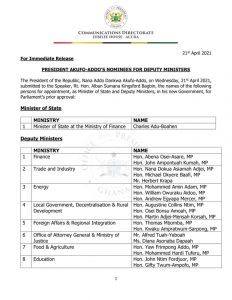 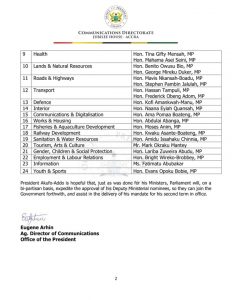