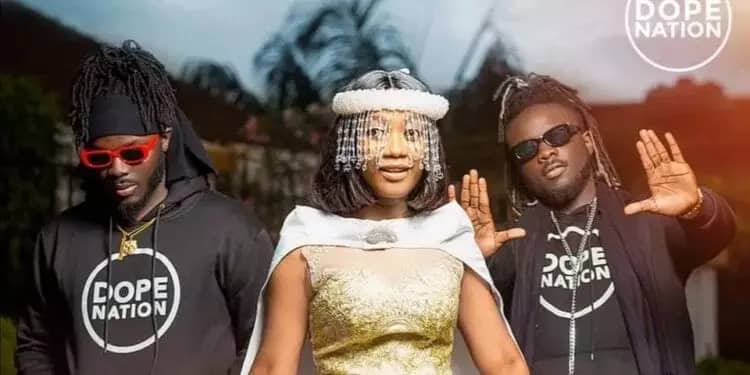 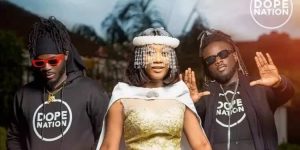 Reigning VGMA Group of the Year DopeNation have explained that their urge to help visually impaired songstress Adelaide the Seer was borne out of divine obligation.

The identical twins recalled how they received help to “learn how to fish”, which has made them what they are today, and so they savored the opportunity to reciprocate that.

Therefore, they said they couldn’t have missed that opportunity when it arrived in Adelaide the Seer. “We just felt obligated to help. It is just like walking down the street and someone approaches you for help, and you feel like you can help. That is how we were helped to learn how to fish,” they told Connect FM’s Ato Kwamina Otoo D’Gem on Friday, May 7.

DopeNation explained that though they are happy to help Adelaide the Seer, they are far from fulfillment as there is more they feel they can still do for her craft.

“…now this is not the girl you see that is seeking for help from one station (radio) to the other, but now this is an artiste who needs attention,” they said, adding that there is more to do to put her up there.

They expressed delight that she has already received recognition at the VGMAs having been nominated for the Unsung Category.

They, however, asked that her fans be patient with her as her current state of health does not permit her to work too hard, and that there is a lot to come from her camp. DopeNation is on a media tour in the Western Region to promote their new single ‘Today’.