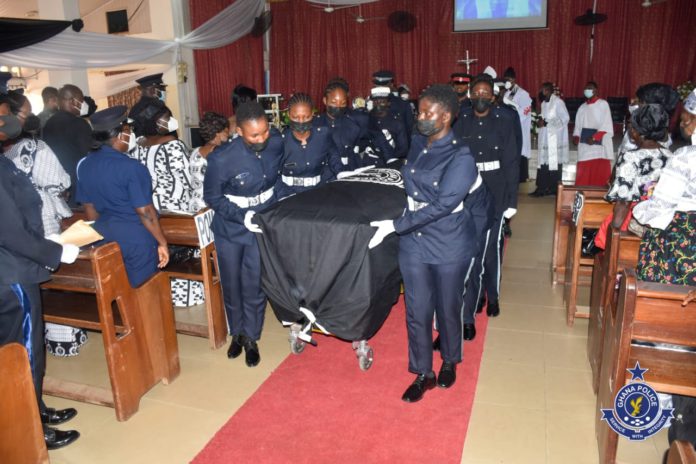 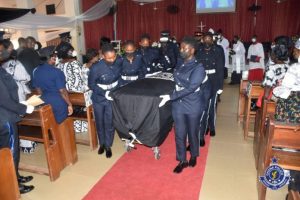 The first Ghanaian woman to be enlisted into the Ghana Police Service, then the Gold Coast Police Force, General Seargent Rosamond Asiama Nkansah (RTD), has been laid to rest. 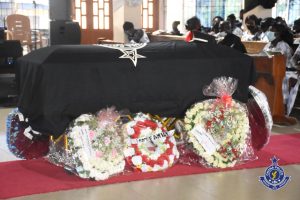 Rosemond Asiama died at the Police Hospital in Accra on Saturday evening, February 20, 2021, a family source disclosed the information.

She became known for fighting for the rights of her fellow policewomen while in service.

The service was officiated by Bishop of the Koforidua Diocese of the Anglican Church, Rt. Rev Felix O. Annancy with DCOP Very Rev. Fr. George Arthur, Chaplain of the Police Catholic Church moderating. 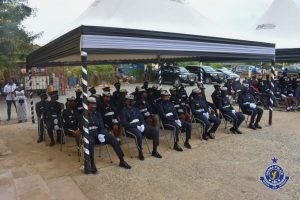 In his sermon, Rt. Rev Felix O. Annancy reminded mankind of the need to live each moment of life making a positive impact. 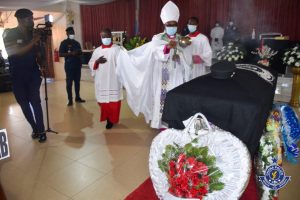 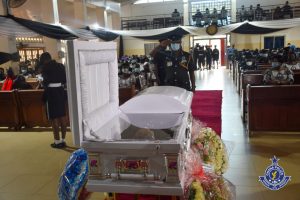 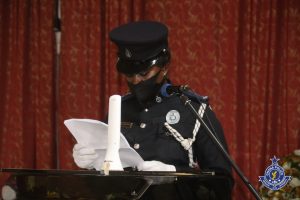 Executives and members of the Retired Police Officers, Association were also present in their numbers in addition to other serving senior and junior Police Officers. 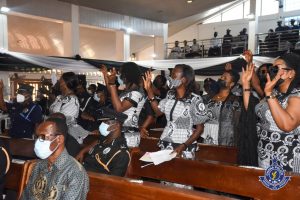 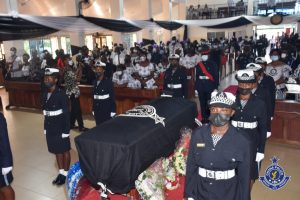