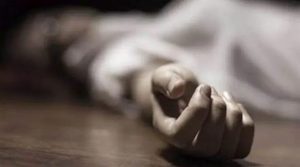 The Mampongteng Police in the Ashanti Region has discovered another lifeless body on Saturday dawn.

This brings to three, the number of persons found dead, with severe injuries suggesting they were killed over the past three days in the region.

The murder of a 33-year-old headteacher of Atonsu-based Rogel Montesorri Basic School occurred on Sunday, July, 4 at Feyiase New site.

Israel Agyei Manu’s head was decapitated by 32-year-old Rashid Ibrahim who was arrested on Sunday by police.

Another middle-aged man was killed at Pankrono-Estate in the Old Tafo Constituency on Monday dawn.

The deceased, who was wearing a red jersey, is yet to be identified. His head was butchered with some cuts around the throat.

Again, on Saturday, July 3, a 38-year-old male body was found by a footbridge at Mamponteng Korea in Kwabre East Municipality.

According to police sources, Kwabena Sarpong was last seen with his friend hours before the incident.

The body, according to police sources, had physical injuries and was lying on the floor with a pair of trousers on.

“The marks suggest he was beaten,” the source told Joy News about the deceased mechanic.

Kwabena’s relatives are pointing accusing fingers at his friends whose names are still unknown.

They told police the friend is yet to be located after the incident occurred.

The body has been deposited at the Ankaase Methodist Faith Hospital morgue for autopsy while investigations continue.