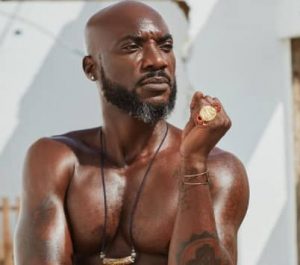 Kwabena Kwabena disclosed that his hiatus from the music scene was a calculated move to allow the new generation of Highlife musicians to take centre stage.

George Kwabena Adu, known as Kwabena Kwabena, divulged this in an interview with Mzgee on NewDay’s entertainment segment. He said he took a break from music to allow the new generation of musicians to have a moment of shine.
”It was a moment to enjoy the beautiful highlife music the new generation is producing now. You realize that the space is amazing. We don’t have foreign music on our airwaves currently. The waiting period was a great moment for me to catch a bit of a rest and enjoy,” He said.

According to Kwabena Kwabena, he does not agree with the Ghanaian legends of music who think the current generation has corrupted highlife music.
”These are very young and upcoming musicians. We have all been at that stage before. At that stage, all you need is encouragement and tuition. So I believe it should rather be an encouragement to these musicians and not reproach and criticisms”, Kwabena Kwabena added.

When asked if some of the younger musicians consulting him for any assistance, Kwabena Kwabena responded in the affirmative. He said he has met with a few, and there are others he communicates with regularly. He also mentioned that he is a very approachable person but would rather keep to himself. He said those in his space testify to this.

The celebrated highlife musician set to release the first song and visuals on his sixth album, Famesaa on Friday with the title ” Kwadede”. The single will be available on all streaming platforms.