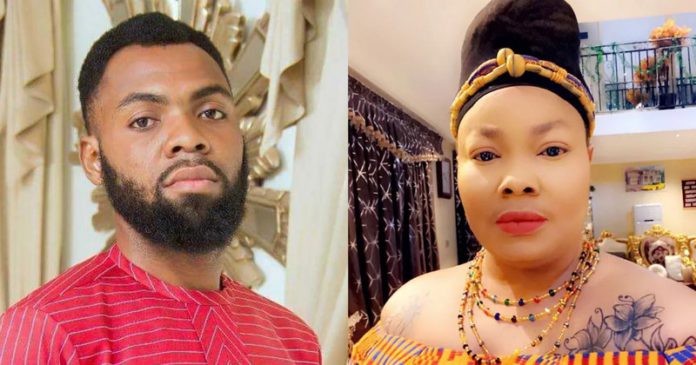 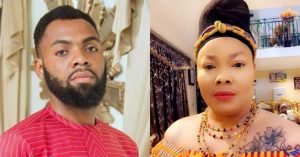 Nana Agradaa was re-arrested on Thursday afternoon by the police minutes after being granted bail from an earlier arrest.

Nana Agradaa had been arrested during an operation by the National Communications Authority (NCA) for operating a pirated television channel, Minister of Information, Kojo Oppong Nkrumah has said.

The NCA’s operation with the police was also to shut down two TV stations belonging to Agradaa – ‘Thunder TV’ and ‘Ice 1 TV’.

A statement by the NCA said Agradaa’s stations which are located at Kasoa have expired licenses and were thus broadcasting without authorization.

Agradaa’s two stations were part of 49 TV stations to be closed down over issues of expired licenses.

She was released on bail on Thursday.

But not long after her release, Agradaa was confronted with another case initiated by Obofour.

Following the rearrest of Agradaa, Obofour has gone on social media to virtually mock the fetish priestess.

In a video that is now available online, Obofour said his new name was “Innocent” as if to say Agradaa was lying to law enforcement authorities that he was innocent of the things Obofuor had accused him of.