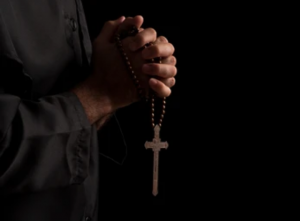 A visiting pastor from Tepa in the Ashanti Region has allegedly impregnated his church member’s 12-year-old daughter.

It all started when the victim got close to the pastor’s family by befriending his daughter, according to the account given on Nhyira FM’s Obra show.

According to the narrative, the pastor’s family grew fond of the victim to the extent that during the lockdown period, the pastor sought permission from her mother for her to stay with them at the mission house they occupied.

The Junior High School (JHS) 6 pupil added that the pastor gave her preferential treatment, a move that upset his wife, as she demanded the former to be sent packing.

According to the victim, tension, jealousy, and suspicion took the better part of the couple and as a result, she was constantly left home alone with the pastor.

On the day when the alleged first affair happened, the lass recounted how she was called to leave her ironing duty to render a service in the pastor’s room, oblivious of his sexual intentions.

“When I got inside the room, he asked me why I do not change in the main room, for which I answered that I was shy of him or his wife seeing my nakedness. After I answered him, he asked me to bend down, and he had his way with me,” she narrated.

When asked by host Mama Efe if she objected to the act, the lass who claimed she was a virgin said she told the pastor to stop a few minutes after he had started the act.

But, the pastor, according to her, gagged her and she obeyed thereby keeping their little romance a secret.

She said the intimacy went on several times in the bushes, and sometimes, at the his mother’s house.

She also revealed that sometimes the pastor sends her money to travel intercity to meet him for sexual escapades.

The ‘relationship’ went unnoticed for several months until the 12-year-old girl changed in appearance during which it was confirmed that she was seven months pregnant.