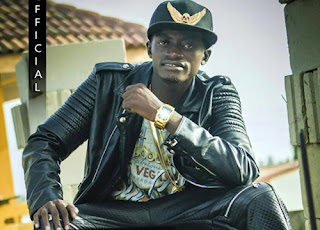 The rate at which some acclaimed men of God go about predicting nothing but death for celebrities is alarming. Since the sad demise of Ebony Reigns, many prophets claiming to be from God have said they predicted her death. Now, another pastor is in the news claiming that he has seen in a vision how popular Kumawood actor, Lilwin is going to die soon. Prophet Micheal Kojo Poku, founder and leader of Fire Time Prayer Ministry is the one making this disturbing proclamation. According to him, God had shown him in a vision that Lilwin, known in private life as Kwodwo Nkansah, will soon. He added that God has also given him some specific directions to be given to the actor, therefore Lilwin needs to see him for a ‘powerful’ deliverance session to avert the looming calamity.“I saw in a vision that Lilwin has died while I was preaching and God told me that, if prayer sessions are not organized for the actor, he may die prematurely,” Prophet Kojo Poku claimed according to a report by GHGossip. “Lilwin needs to pass through a powerful deliverance session with me to be freed from the spirits of death hanging around him,” he added.Meanwhile, Nkansah Lilwin has slammed prophets who claimed they predicted Ebony’s death. He also called on national security to investigate the prophets for threatening the society with their death prophecies. It is unclear how the rich actor is going to accept this new development concerning him.