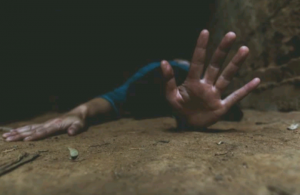 A banker has been left with severe injury after his mistress poured hot oil on him over allegations of rape.

The unfortunate incident occurred on Tuesday, April 27, at his residence in Games Village, Abuja.

According to a source in the area, the banker whose wife and kids reside in Lagos, has been cohabiting with the mistress for a while.

Tuesday morning, when the man went to the bathroom in preparations for work, the said mistress allegedly sneaked into the kitchen to heat up the oil.

According to reports, the mistress scaled the man with the hot oil as soon as he came out, and his screams attracted neighbours who came to his rescue.

Defending her actions to the police, the said mistress alleged her lover rapes her anytime she visits, adding he sometimes laces her drinks with sleeping pills.

However, this is not the first time she has made attempts to kill him.

Reports indicate that two months before the incident, she set his AC ablaze from outside and locked him inside the room to suffocate to death.