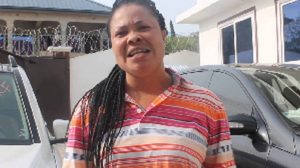 The back-to-back arrest and detention suffered by popular fetish priestess, Nana Agradaa has caused her to denounce idolatry for a new career.

Nana Agradaa, in a post-bail press conference, has narrated how her recent arrest has turned out to be the biggest adversity she has ever faced. While at the National Security Headquarters, Agradaa said she made a vow to be a Minister of God if He saw her through her trial, a vow she has started making plans to fulfill.

Consequently, the fetish priestess, who confessed her worship was for fame and properties, has announced she will no longer be of service to her deity and ‘Sika Gari’.

Henceforth, she added, she will be known as Evangelist Patricia Asiedua Oduro Koranteng, having fulfilled Christian requirements including baptism.

She revealed that prior to her arrest, she had a prophesy of the calling of God in her life, but she only realized it was time after she spent days in the cell.

Following her release, the fetish priestess said she has started Saturday-only Bible lessons and was fortified at a forest high above the mountains.

Like the Biblical Daniel and Joseph, Agradaa said her hard times were just a stepping stone to receiving the glory of God.
She added that she has been saved, for which she dedicates herself to the Most High.

When asked if she was entering the ministry to receive a pardon from the judges, Agradaa answered in the negative, insisting she has always had love for God, the reason she dedicated her time to bashing ‘fake’ pastors.