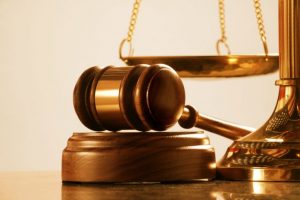 A 41-year-old teacher has appeared before an Accra Circuit Court for allegedly having s3x with a 15-year-old pupil at Manhean in Accra.

Mac-Elvis Hoeyi was charged with defilement, but he pleaded not guilty.

The court, presided over by Christina Cann, admitted him to bail in the sum of ¢60,000 with three sureties; two of the sureties are to be public servants earning not less than ¢2,000 a month.

The matter has been adjourned to Friday, June 18.

Prosecuting, Sergeant Richard Opoku Aniagye, narrated that the victim’s mother, a trader and resident of Manhean reported the case.

According to Sgt Aniagyei, Mr Hoeyi was a resident of Nsakina and a teacher to the victim.

He narrated that on Saturday, May 8, at about midday, the mother of the victim sent her daughter to a nearby pharmacy shop to buy her cocoa buttercream.

While she was on her way to get the cream from another source, as the pharmacy had run out of stock, she met Mr Hoeyi, who was then driving his car.

According to the prosecution, Mr Hoevi, who had requested to offer his pupil a ride to get the cream, instead, lured her to his room at Nsakina to have s3x with her.

During the act, however, she cried out in pain for help. The teacher subsequently, gagged her with his palm, amid bleeding by the victim.

The Prosecution said the accused gave the victim ¢20, thereafter, and warned her not to tell anyone about the incident; otherwise, she would die.

Meanwhile, the victim’s mother had learned about how Mr Hoeyi had picked her daughter to Nsakina.

Later when the victim returned home, her mother questioned her about what had happened, but she declined to disclose any information.

However, she narrated her ordeal when the mother sent her to a hospital.

The victim then left the house to stay with a friend, following a threat from her mother to send her to their hometown to continue her education.

The mother, therefore, reported the matter to the Domestic Violence and Victims Support Unit in the Greater Accra Region and a police medical form was issued to send the victim for examination and treatment.

According to the Prosecution, the medical form was fully endorsed after examination and treatment, resulting in the arrest of Mr Hoeyi.