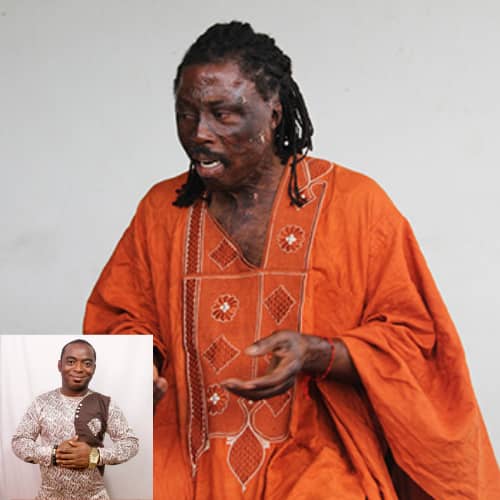 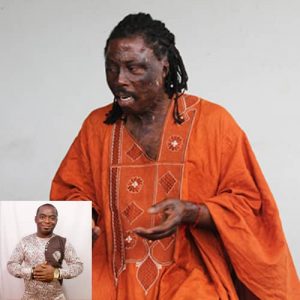 The Media, The spiritualists And Celebrities Are Responsible For Our Catastrophes – Kwaku Bonsam Reveals

You don’t need to be told the dready strange weather in Ghana.

Crime has been raining since the beginning of 2021, murder flooding homes, the wind of suicide scattering breath, the clouds of kidnapp misplace children. Flaud is either wind or sun, all in the rain or shine. Life starts and stops and everywhere is dread, dread dread.

On this note, one of Africa’s most popular fetish priests reveals the people behind these catastrophes on ABEBUO MU AFUTUSEM, a sociocultural program on Ahotor Fm 92.3, hosts by Nana Asante (Nana Baakope).

Nana Kwaku Bonsam gives reasons why Ghana has recorded several crime cases from the beginning of the year 2021.

According to him, those whom are to be blamed are the Media, spiritualists, the government and the actors/actress.

Spiritualists are the main reason why people are sacrificed for money. They lure individuals by taking the lives of others for money which are mostly fabricated.

The media and the actors/actress hail praises to those who call themselves “malam”. They give spiritual money in return for money from those who fall victims.

Also, The government did not take any legal action against them earlier when most of these TV and Radio stations they owned did not have license until when action was taken recently. The quest for money leads to the killing of innocent souls.

“There should be a constitutional amendment”, Nana Kwaku Bonsam said.

He believes that the IGP, the President and Minister should make such amendment whereby anyone who commits a murder must also be murdered for the advancement of the country.

The same topic and conversation continues next week Sunday from 9 PM. The flaw is welcome to any sound Ghanaian who has a distinct and just opinion.