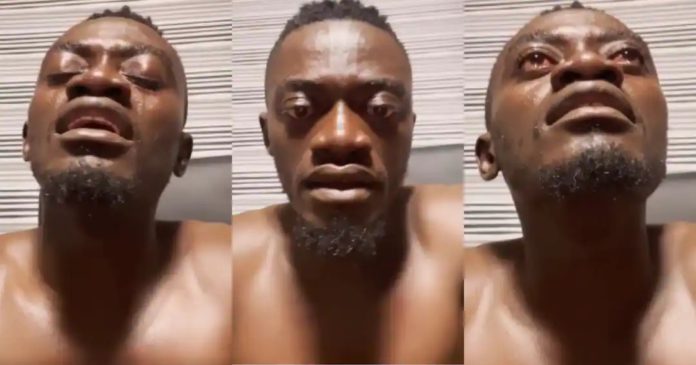 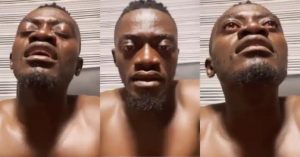 Comic actor, Lilwin, has left his fans heartbroken after a video of him weeping uncontrollably popped up on social media.

In the video, the actor, born Kwadwo Nkansah, was spotted in a sober mood in his living room. Without saying a word, tears run down his cheeks with musician Black Sherif’s first sermon track playing in the background.

The actor’s efforts to sing along proved futile as the tears could not cease.

Many believe the lyrics of the song stirred the tears as he reflects on how far he has come in life. Others demanded that he voices out what exactly the problem is.