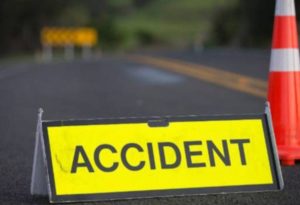 A 14-year-old boy has had his foot amputated in a horrific accident at a sawmill in Asankran-Breman in the Amenfi West district of the Western region, Monday.

The victim, Collins Ampong, a pupil of Breman Catholic primary school was said to be playing with his friend at the factory when the incident occurred.

Adom Fm’s Peter Tebiri, who visited the scene said the town has been thrown into a state of mourning.

“Collins and his friend were playing at the sawmill after school when he slept on one of the machines but his friend accidentally pressed a button and it cut his feet,” he narrated.

Peter indicated that the owner of the sawmill, Kofi Appianing, who heard him [Collins] scream rushed to the scene and saw his feet on the floor. He then rushed the boy to the Asankragua Government Hospital for medical attention.

“I still don’t understand why the children went there; I went to the storeroom for wood only to find the boy injured on my return,” Mr Appianing added.

The distraught mother of the boy whose name was only given as Osofo Pomaa was inconsolable upon hearing the incident.

“I tried to speak to Osofo Pomaa but she has been crying since the incident happened,” Peter said.