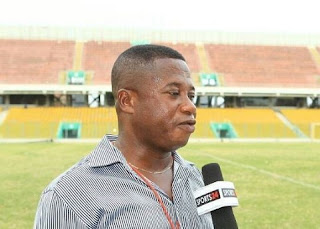 Ghana Premier League side Elmina Sharks Football Club have with immediate effect, terminated their relationship with head coach of the club, Kobina Amissah.According to a letter sighted by Ghanaweb.com, the owners of the club claim among others that coach Amissah had to be released because he refused to sign a new agreed contract which sought to re-assign him to the role of Technical Director of the Football Academy for Elmina Sharks FC and Sea Lions FC.The letter also stated that “Coach Amissah was served notice of the club’s decision to re-assign him to the role of Technical Director of clubs’ Football Academy in a letter dated October 25th, 2017. “After negotiations in January, he was given a new offer and he accepted the offer in principle, pending the determination of a request he made seeking an extension of the contract term from the offered one (1) year to five (5) years. “Coach Amissah was duly paid in January but has still not shown a commitment to his new role. With the contract of the new role unsigned, and noting the inconveniences being caused with the delay, the new offer is revoked, and the old contract terminated.”The termination of Coach Amissah’s contract brings to an end what has been a topsy-turvy relationship.Last season, coach Amissah was asked to proceed on a two-game leave, when the club was neck-deep in the relegation dogfight.Eventually the survived, finishing 9th with 42 points. Coach Kobina Amissah was the one who guided the Elmina based side to the elite Division.